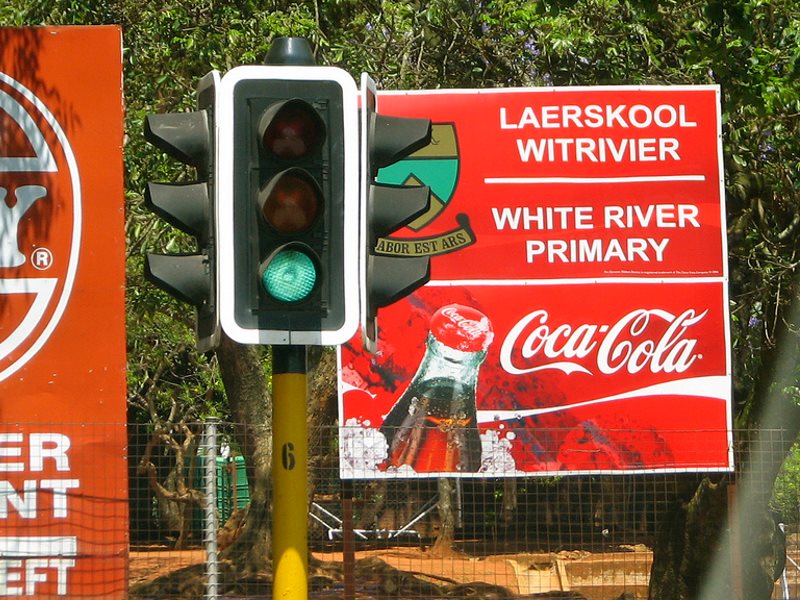 There is no shortage of examples of ways in which corporations have partnered with education over the years to offer financial support.  Coca-cola, Crayola, Apple, Microsoft, Nike, Addidas…the list goes on and on.  Financial support is something that, in this day and age, schools cannot afford to turn away.  Government funding for public education has been dismally low ever since the recession and as is evidenced in the recent decision by the Sask Party government to renege on their earlier funding promise.  School districts are stuck between a rock and a hard place when it comes to funding, especially in the United States.  In many districts, funding is granted due to performance of the school or district in question on various academic and standardized tests.  This makes great business sense for companies because they are able to build community relationships, while also garnering support from partnerships.  In Calgary Public schools for example, the Board of Education is entertaining the possibility of more corporate involvement in their system.  The truth is that corporations want to be involved in public education but they also want some recognition.  The important consideration becomes whether the corporate involvement in schools is actually providing enhanced learning for students.  In many instances this decision may come down to a trade off of funding or support for corporations in exchange for some advertising exposure for students.  So what is it that corporations want in partnerships with public education?

This depends on the individual situation.  There are legitimate companies who truly want to bring educational improvements to the classroom but it is a rare occurrence to find situations in which funding or support is given without any expectancy of return.  The returns wanted from these companies vary but they can prove to be detrimental to the learning happening at the classroom level.  One of the biggest negatives in these situations is the possibility of creating ‘haves and have nots.’  For example, if Coca-Cola is going to provide funding for a new school gymnasium, they will want their name to be associated with a successful school.  Therefore, schools who already have success in academics or athletics will probably unfairly attract corporate sponsors.  This leads to a disparity in school districts and the further alienation of at risk students.  Another problem arises from the advertisements and marketing geared toward students.  In one instance, M and M’s produces a primary level math text book that teaches students to count using their candy.  McDonald’s sponsors the Go-Active Fitness Challenge which, to me seems quite ironic.  Unless the goal of the challenge is to work off the calories from your latest Big Mac.  These kinds of programs encourage consumerism among students.  The strategy is called Trojan-Horse Marketing and it gives companies access to one of the biggest untapped markets of future buyers.

Many parents are worried about the public schools having these types of business relationships because of the potential impacts on kids.  In this documentary called Corporations in the Classroom, teachers and administrators both share differing views on the role of businesses in the community.  Some in the education community feel as though having corporate sponsors is a necessary evil in order to be able to fund the programs and learning experiences that truly inspire students.  On the other hand, some feel that although companies should feel a responsibility to schools and communities, support should come without strings attached.

The other issue in corporate involvement becomes apparent when corporate educational partners have a vested interest in testing.  Pearson has become a hot button issue with many educators due to their involvement in virtually all aspects of our education system in Canada.  The standardized tests are often written and provided by companies like Pearson, who also provide textbooks and learning resources for schools.  In these instances, especially in the US, standardized test scores are linked to government funding.  Therefore, once again, the schools from higher socio-economic areas will tend to score higher on these tests thereby resulting in more funding.  The No Child Left Behind policy resulted in increased testing for students with funding linked to success on these tests.  Dean Shareski would certainly argue that the Pearson example in Canada is an extreme one and that the majority of corporations involved with schools are invested in improving education and enhancing learning.  As he stated during the debate on Tuesday, “it is naive for educators and school divisions to think that we can do this on our own.”  I think it is a telling sign of where public education ranks on the list of societies’ priorities in this day and age.  If a little bit of extra advertising is what we are concerned about, the question should be asked, how much advertising are our students exposed to on a daily basis?

Is it really so bad that we have corporations vying for a spot at the table of learning?  It seems as though the balance must always be struck but the key question has to be are we putting students first?  That’s the bottom line.  Every monetary decision must be framed in this way.  Are we doing a disservice to students or are we enhancing the learning that is happening in the classroom?  Once we lose sight of students best interests, it may be too late and the soul of education will already be gone.  Have we gone too far?